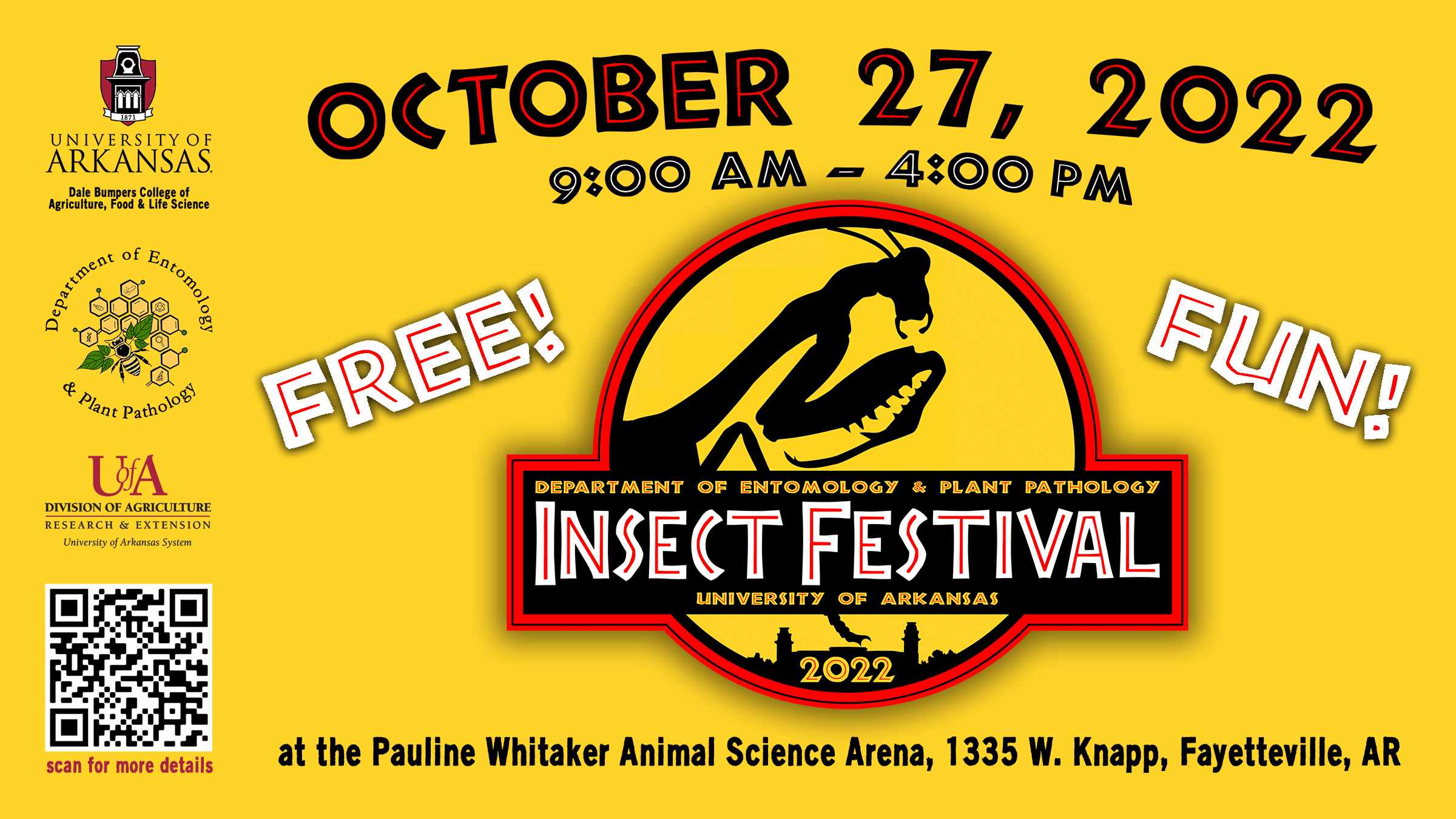 Thank you to everyone who attended the 2022 Insect Festival! This free, one-day festival ran from 9 a.m. to 4 p.m. on Oct. 27 in the Pauline Whitaker Animal Science Center arena, located on the Milo J. Shult Agricultural Research and Extension Center. Visitors got to explore the world of bugs, compete in cockroach races and more at this all-ages festival!

If you missed this one, there will be more Insect Festivals in the future, so keep an eye out for updates later down the line!

See media from the 2018 Insect Festival below: 👇

It was a day of fun, festivities, and education about the incredible diversity, importance, and beauty of insects. 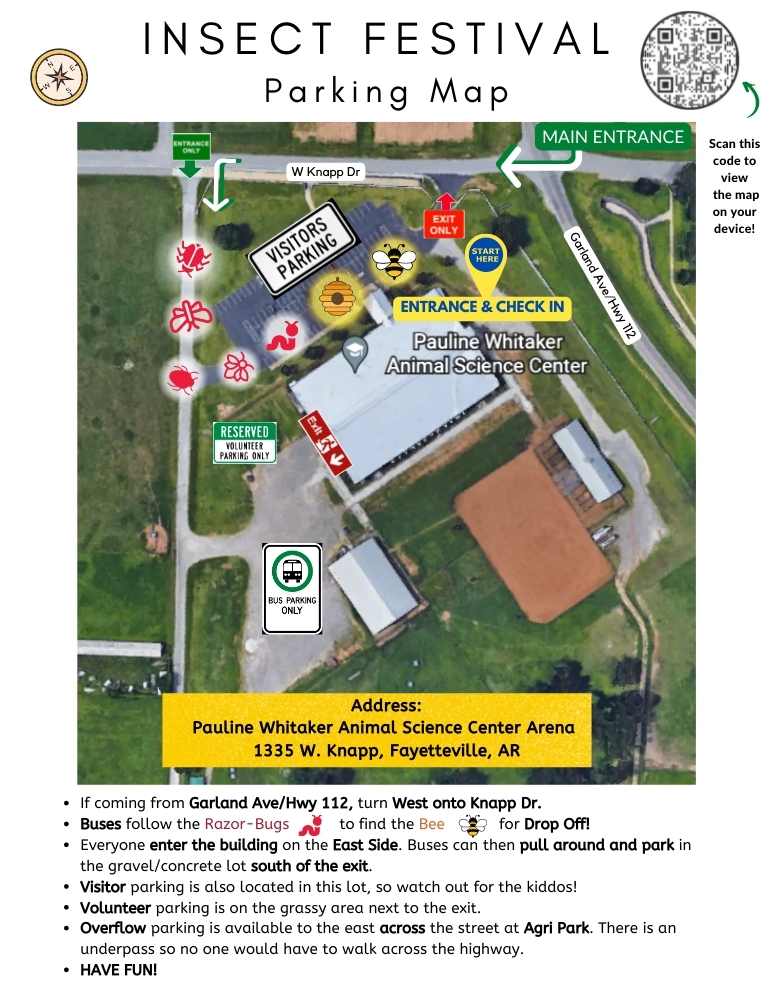 About the Insect Festival of Arkansas

The Festival educates and entertains Arkansans of all ages about the beauty, value, and interest of insects and other arthropods. The first Festival was held in 1993. The one-day event typically draws more than a thousand people.  It takes most people about 1-2 hours to travel through the festival grounds and all the activities. There are many educational exhibits with expert entomologists to answer your questions.

The Department of Entomology at the University of Arkansas’s Fayetteville campus began the insect festival as a way to introduce students and others to see, touch and learn about insects and the study of entomology. The Arkansas Insect Festival typically draws about 3,000 students, teachers, and others.

The critters that give you the creeps seem friendlier at the U of A Insect Festival.

The 2022 festival is hosted by the Department of Entomology and Plant Pathology of the Arkansas Agricultural Experiment Station, the research arm of the U of A System Division of Agriculture, and the Dale Bumpers College of Agricultural, Food and Life Sciences at the U of A.

"We love telling people about all the cool things that arthropods do, especially just how important they are in food production, our environment and in our culture and history," said Ken Korth, entomology and plant pathology department head. "Kids of all ages will have a great time at the event."

"We are happy to be hosting the Arkansas Insect Festival again," said Chad Mills, administrative manager for the Department of Entomology and Plant Pathology. "The event is fun for all ages and highlights the important role that insects play in our environment and in our lives."

Representatives of the Arkansas State Parks, Master Gardeners and the Scott Family Amazeum of Bentonville join Division of Agriculture faculty and staff to bring exhibits and activities, including a live arthropod zoo. The festival will also feature biology faculty from the Fulbright College of Arts and Sciences at the U of A and the College of Arts and Sciences at Oklahoma State University.

Two fan-favorites return to the Insect Festival — the Butterfly House, featuring Monarch butterflies, and the Madagascar hissing cockroach races. Visitors have the opportunity to hold and pet the cockroaches, which is not as icky as it sounds, and root for their favorites in the races.

The first Insect Festival was organized in 1993 by experiment station entomologist Don Steinkraus, who retired recently but is still active in the event.

"Every one of the festivals has been a big success," Steinkraus said. "We get about 3,000 people each year. The festival brings together entomologists and plant pathologists from all over the state.

"It entertains people and educates people," he said. "It's a blast."