There over 1 million documented species of insects.  Insects are the most diverse group of organisms. The numbers of species of insects are more than any other group. This represents approximately 80 percent of the world's species. Scientists estimate that there are 200 million insects per human being - currently, it is estimated that there are 7.5 billion people on earth - 7.5 billion x 200 million = 1.5 quintillion insects worldwide! 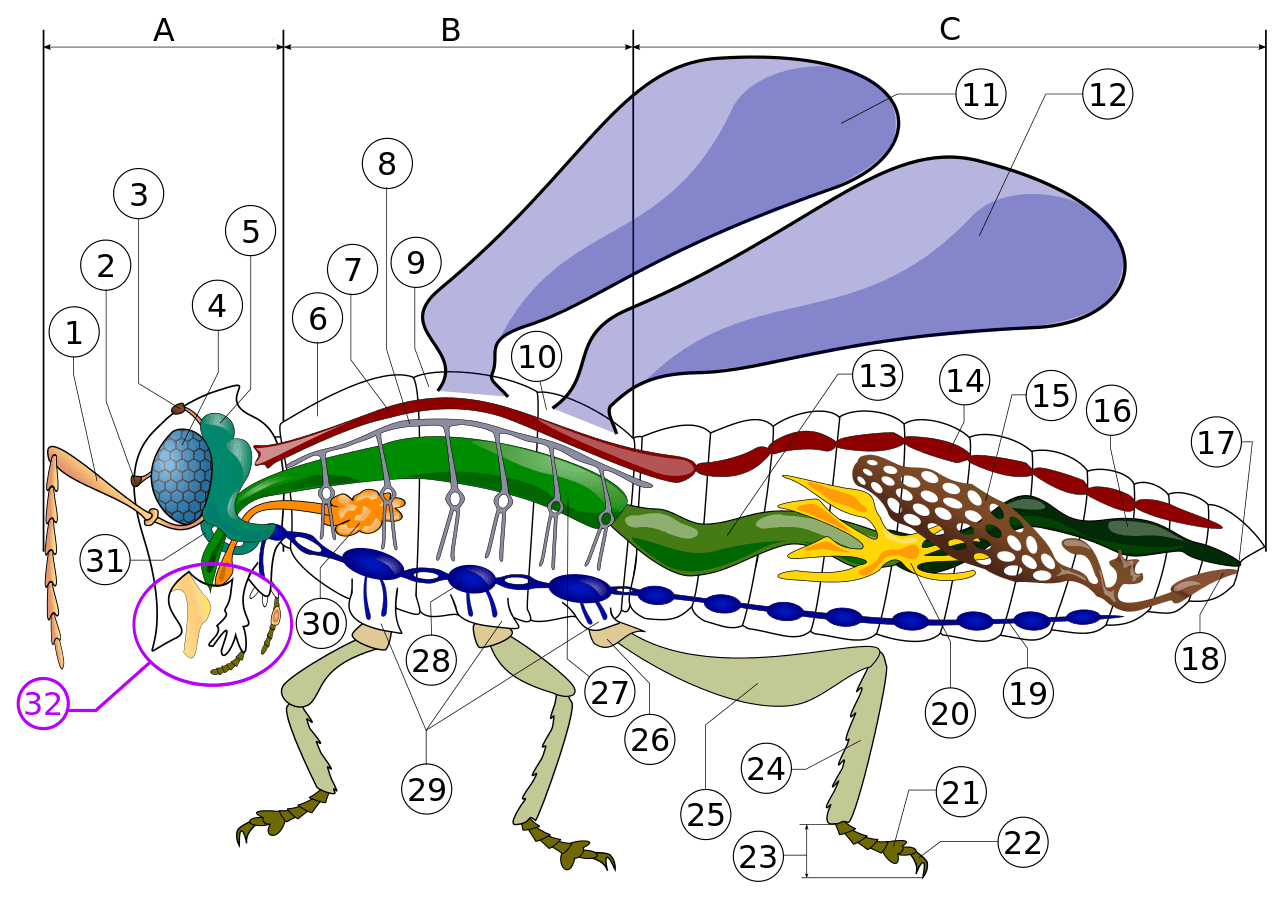 A- Head B- Thorax C- Abdomen

Biological classification is the process by which scientists group living organisms. This branch of science is called taxonomy. Organisms are classified based on how similar they are. Historically, the similarity of insects was determined by examining physical characteristics, but modern classification uses a variety of techniques including genetic analysis.

In contrast, the first three ranks for humans are Kingdom=Animalia, Phylum=Chordata, Class=Mammalia. Interestingly, bats - insectivores and the only flying mammal, share the same first three ranks as humans. They don't seem much like us, do they? That is why there are 4 more ranks to further organize Kingdom Animalia!